Magic of the Nutcracker

Magic of the Nutcracker

Rain - A Tribute To The Beatles 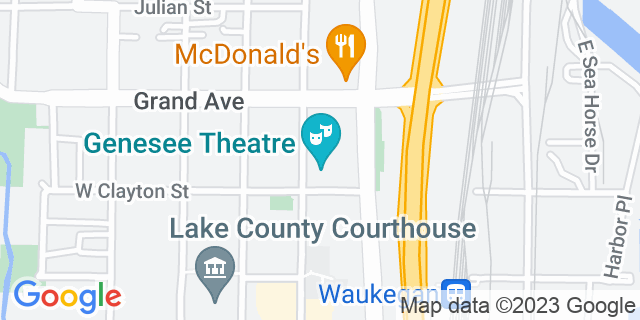 Back in the days of silver screen legends, land was purchased in Waukegan, Illinois with the goal of creating a community center to for high quality entertainment. In 1927, a movie palace called the GenesseeTheater opened to the public. With a beautiful exterior of terra cotta, the Genessee opened on to a huge Spanish Renaissance style interior complete with yards of tapestry and tons of marble from Italy, equipped with the latest technology to accommodate movies, live theater and film. After an economic decline and subsequent closing in 1982, the theater has been restored to its original glamour and beyond, with 21st century technology and an expanded stage. Now still standing, the Genessee remains a theater true to its original goals, bringing the best of entertainment to Waukegan. To see a true legend, and to enjoy some great entertainment, come to the Genessee, for a taste of theater as it was intended to be.