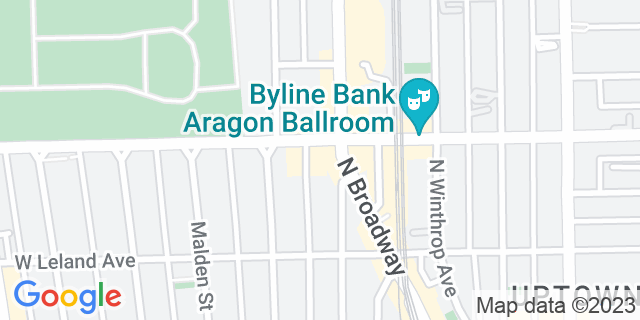 Riviera Theatre is a concert venue in Chicago, Ill. It opened in 1917 and has a capacity of 2,500. It originally opened as a theater venue but became a private nightclub in 1986. There was a change of ownership in 2006 and it now serves as a venue for popular local and national musical acts. It is located on the north side of Chicago nearby to notable theaters including the Aragon Ballroom