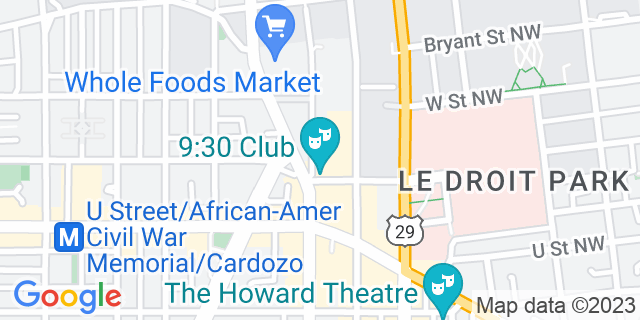 The 9:30 is a nightclub and concert venue in Washington, D.C. The club originally opened in 1980 but had to move to a bigger location in 1996, due to its growing popularity. The current venue has a capacity of 1,200. The club has featured many prominent names in the recording industry over the years. It has won many awards and been recognized as a premier nightclub by Pollstar, Billboard Touring Awards and Rolling Stone magazine.

The 9:30 Club 2022/2023 event schedule includes Modest Mouse, Morgan Wade and They Might Be Giants. TicketSales.com has the largest inventory of 9:30 Club tickets, so keep checking for great deals on resale tickets.