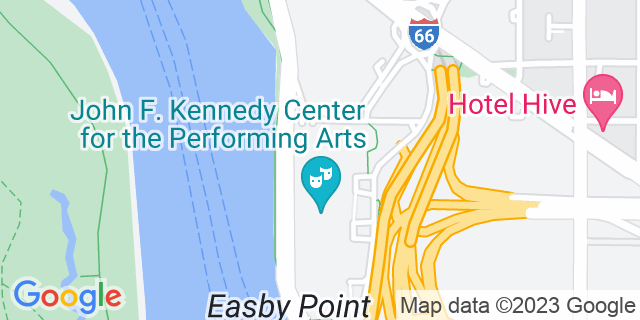 The Kennedy Center for the Performing Arts is located on the Potomac River in Washington, D.C. The Center opened in 1971 and it serves as a thriving cultural center as well as a memorial to John F. Kennedy. It features a variety of performance spaces including an Opera House, a Concert Hall, a Jazz Club and a Family Theater. Capacity of the venues range from 160-2,454. The Center is known to be the busiest performing arts facility in the United States, hosting approximately 2,000 performances a year.