Taylor Swift with Muna and Gayle 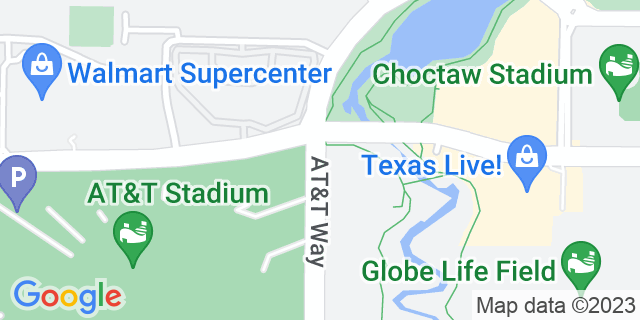 Encapsulating the spirit of the Lone Star State itself, AT&T stadium is the retractable roof stadium that Dallas Cowboys and Cotton Bowl Classic call home. Since its completion in 2009, It has also opened its doors to motocross races, college and high school football games, and live concerts, including performances by U2, Kenney Chesney, Taylor Swift, and Justin Beiber. Proudly representing the largest state in the nation, the AT&T stadium seats 80, 000 with a maximum capacity standing room of 105,000, making it the fifth largest stadium in the NFL in terms seating capacity. It also contains the 24th largest high definition video screen spanning from 20 yard line to 20 yard line and is rumored to use more electricity than all of Liberia. In addition to housing one of the country's greatest football teams, AT&T Stadium has hosted WWE's Wrestlemania, the 2014 NCAA's final Four, the NBA All Star Weekend, and replacedTexas Stadium as the host of the AMA Supercross Championship. AT&T Stadium's art program features paintings, installations and sculptures by contemporary artists, consolidating it as a Texas landmark for arts and entertainment.

Other Popular Venues in Dallas